Meet the Veterinarians & Team of the Bonnyville Veterinary Clinic in Bonnyville! We are pleased to provide exceptional veterinary care for your pets! 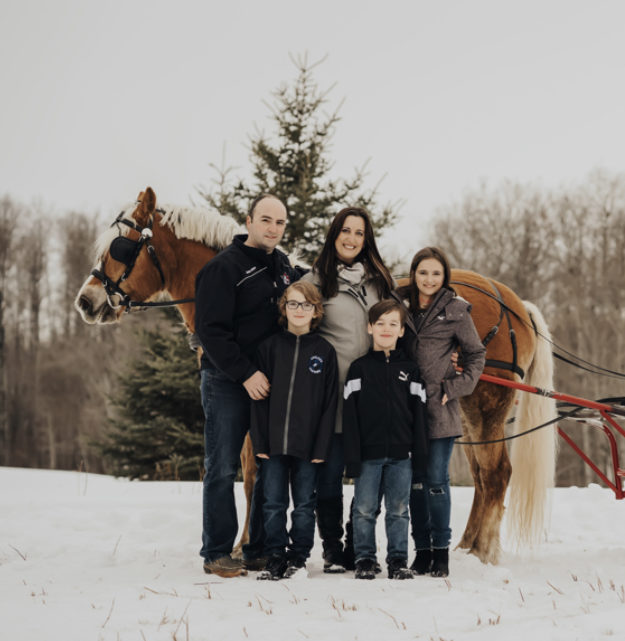 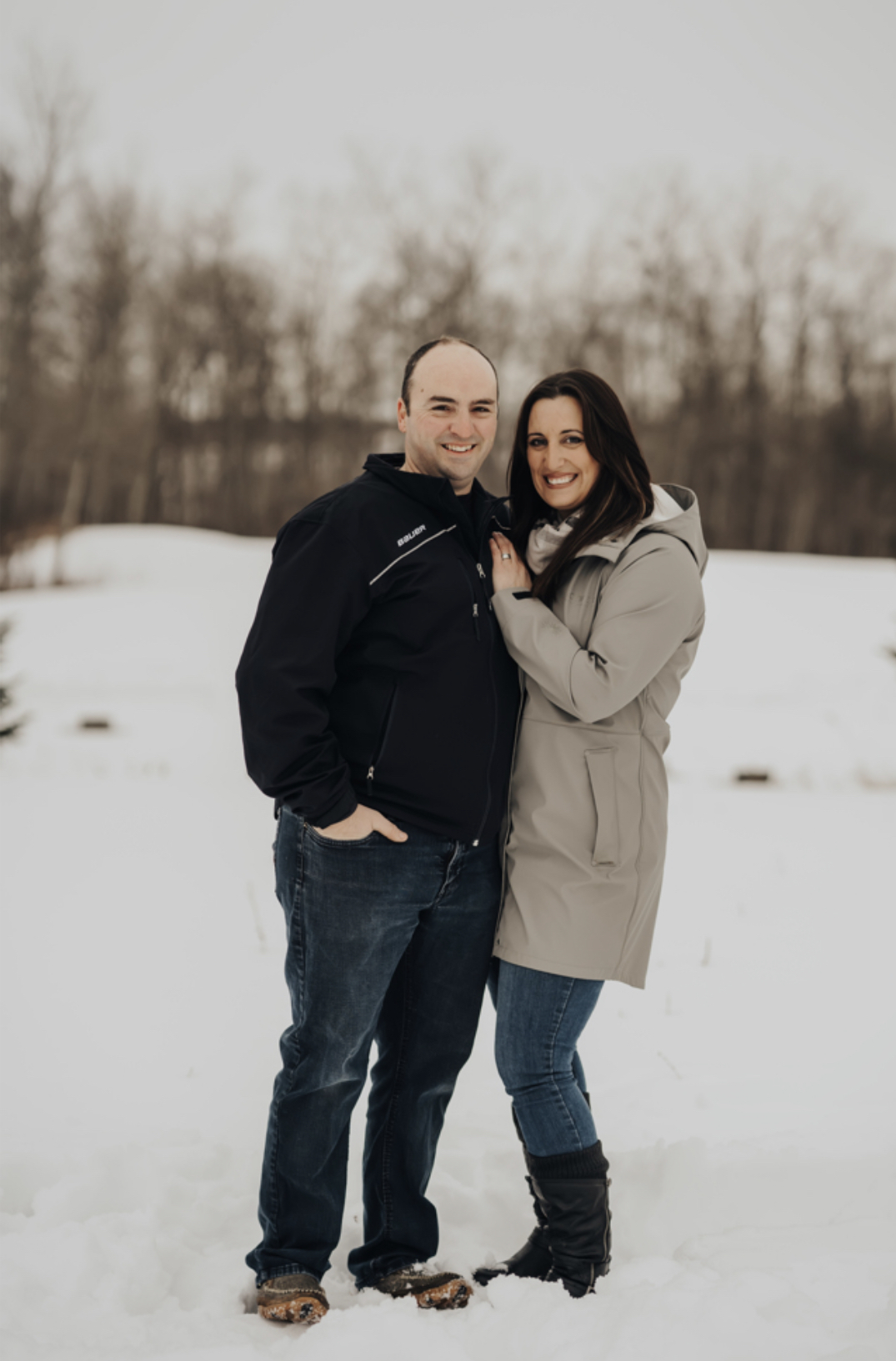 Dr. Benoit graduated as valedictorian of his class, from St. Georges University, Grenada, in 2005. He grew up in the Lakeland region and comes from a veterinary and farming background complete with a love for animals. Greg spent significant time in his younger years playing hockey and showing jumping horses competitively.

In 2003, Dr. Benoit spent the summer in Wetaskawin, AB at the Bell Veterinary Services clinic where he developed an interest in equine reproduction; He then accepted an externship in 2004 and an internship from July 2005 – June 2006 at Moore & Co. in Calgary where he was responsible for all facets of equine medicine including minor surgeries, lameness exams, reproduction and medical workups. Following his internship Dr. Benoit worked at the Equine Medical Centre in North Chatham, New York, where he continued specializing in equine medicine and reproduction.

In February 2009, Greg married his long-time friend, Allison Reid, who is also a partner in the business. They have 3 children together, Norah born in February 2010, Owen born in July 2011 and Easton, a Mother’s Day gift, born in May 2013. They also have a 3 legged Collie mix named Baita, a Chocolate Lab named Loka, and have recently added a Boston Terrier named Belle. 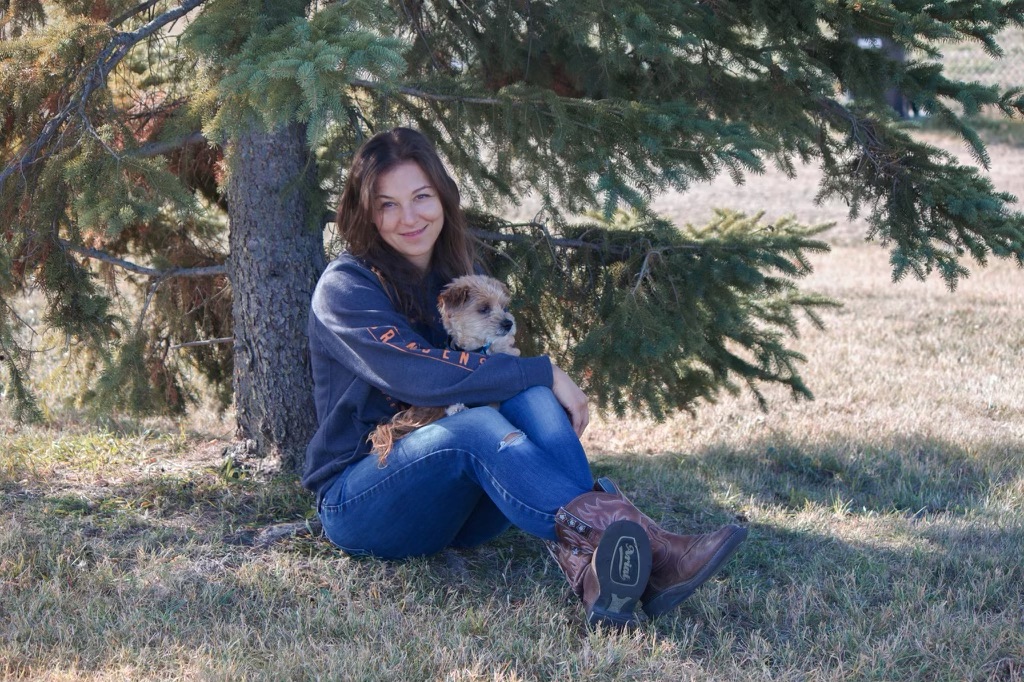 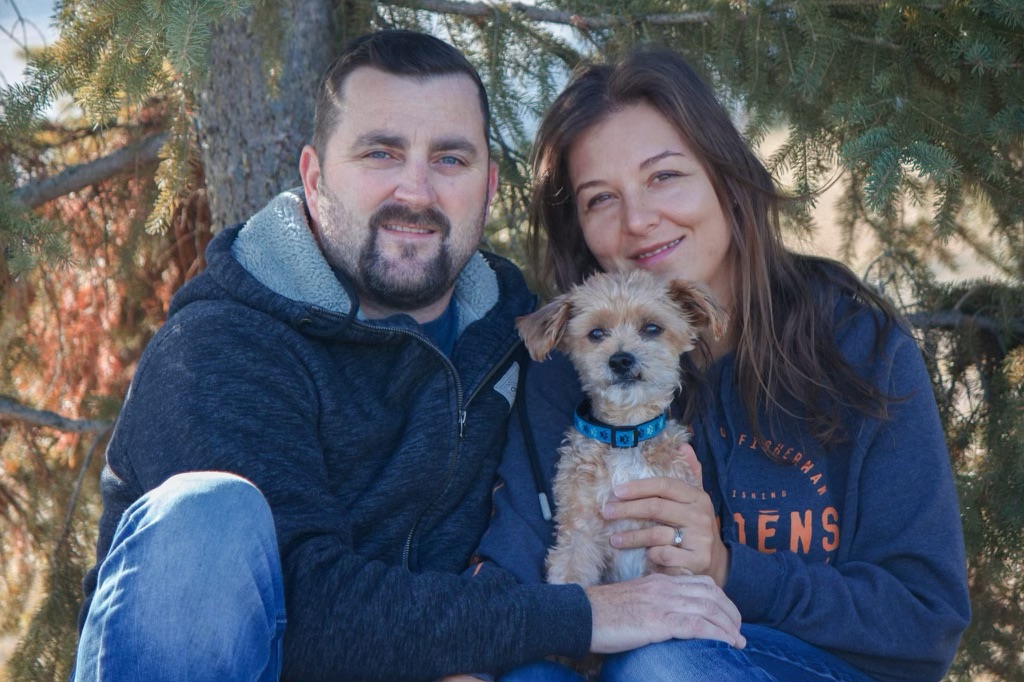 Dr. Tammy Anderson was born in St. Paul, AB in 1981 and spent the first 5 years of her life on her parent’s farm. At the young age of 3, Tammy told her father that she was going to be a “horsie doctor”, and she spent a great deal of her childhood helping him take care of the animals on the family farm. Her arrow was pointed, and it’s never wavered from that direction. At the age of 5 she moved to PEI and spent the next 22 years there.

Although she loved PEI, Tammy always felt that Alberta was her home. During her University years she tried to spend every summer in Alberta. One fateful summer (2006), Tammy met Jordan, whom she married in 2010.

Tammy graduated from the Atlantic Veterinary College in 2008, and quickly moved back to Alberta. She accepted a veterinary position at the Edmonton Veterinarian’s Emergency Clinic. During her 3 1/2 years working there she cared for many cats and dogs. After working the stressful hours of emergency, Tammy decided that she wanted to work in a clinic where she could provide high-quality preventative medicine to pets and their families. She soon became a welcome addition to the BVC team.

Tammy and Jordan decided to settle in St. Paul where they currently live with their two adorable children, Madalyne & Maddox, and their dog Finn. 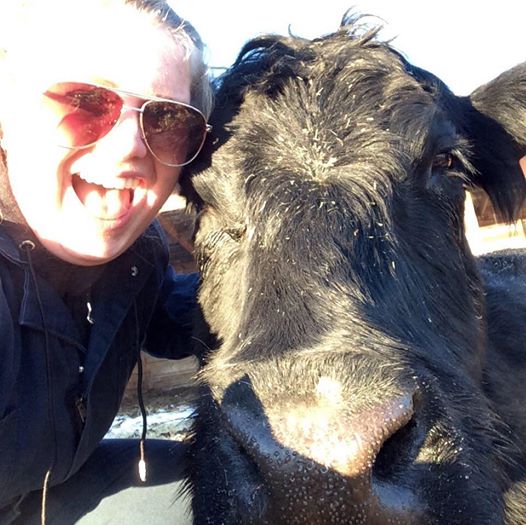 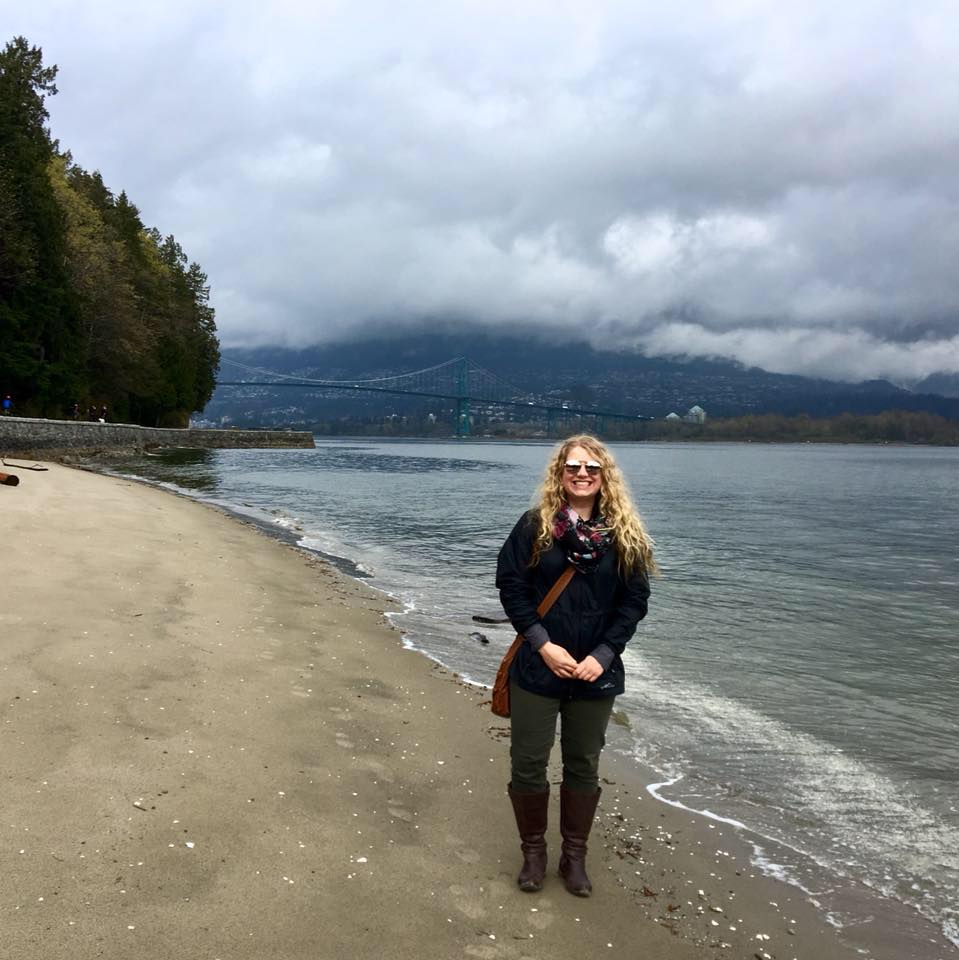 Dr. Melanie Koetke grew up on a cattle and grain farm outside of Camrose, Alberta. She completed her Pre Veterinary Program at the University of Alberta before attending the Western College of Veterinary Medicine to complete her Veterinary degree. Dr. Koetke graduated from the WCVM in 2017 and joined the Bonnyville Veterinary Clinic team shortly after graduation.

Growing up on a beef farm, Dr. Koetke developed a strong interest in herd medicine and reproductive technologies, such as artificial insemination and embryo transfer. Working at other Veterinary clinics in the past, Dr. Koetke also came to enjoy small animal wellness and behaviour.  Dr. Koetke is our main bovine doctor, and ALL of our farm clients know her well; but she also works at our sister clinic, Centre Animal Hospital, and keeps her small animal medicine very up to date.

Dr. Koetke is well known amongst the staff for her extensive lexicon; her quirky sense of humour, and her love of life.  She is very knowledgeable and patient, and loves to teach others.  In her spare time, Dr. Koetke enjoys playing sports, reading and helping out on the family farm. ​ 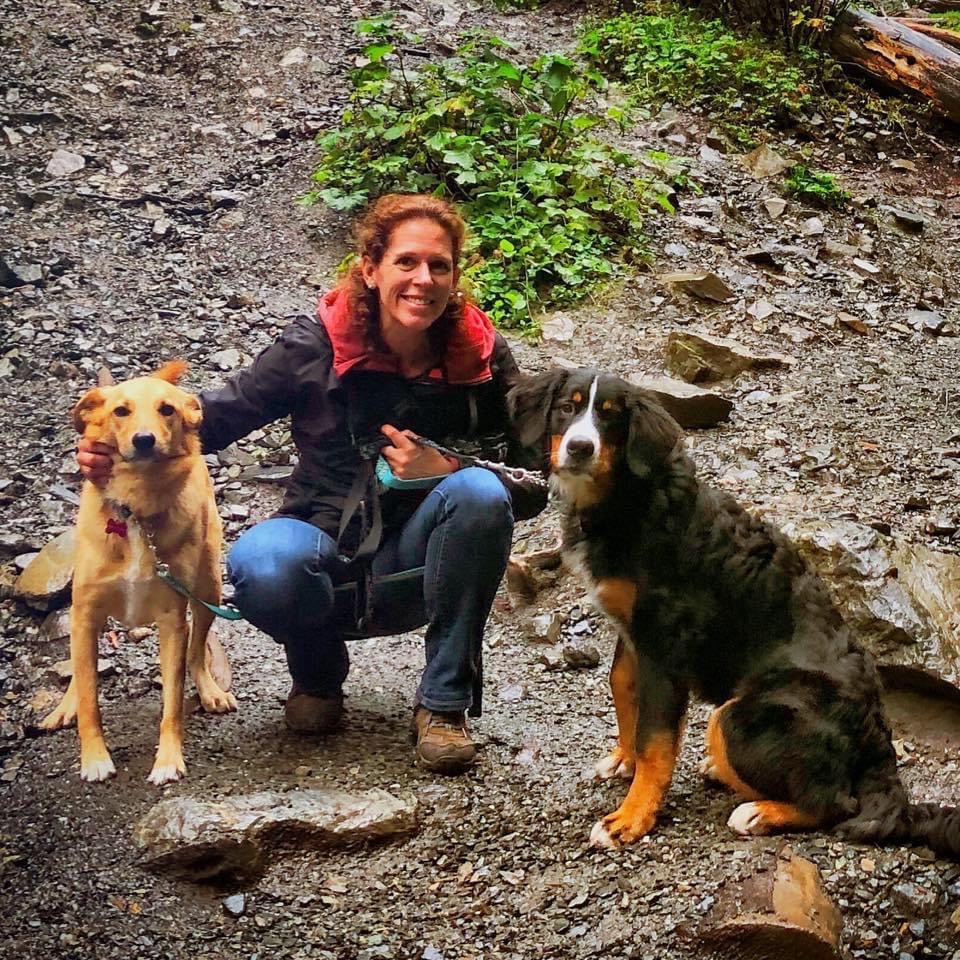 Janna has grown up in Alberta, and loved spending time on her grandparents’ farm while growing up.  She has a love for pretty much all animals, large and small. Janna and her family have 5 cats, 2 dogs, 1 horse and a gecko – many of whom are rescues.

Janna’s passion for customer service and helping people is evident in every interaction our clients have with her.  She’s been involved with the Cold Lake Ag Society for several years, and is likely a familiar face among many of our clients.

A graduate (with honours) from SAIT in General Business Management, she has a solid understanding of every aspect of business; and she brings a wealth of knowledge and understanding to a different aspect of clinic life.  Janna finds joy in supporting her two children as they grow into amazing young adults, and loves spending time paddling, hiking, enjoying the beauty of the Lakeland, and supporting and cheering on her daughter’s riding. 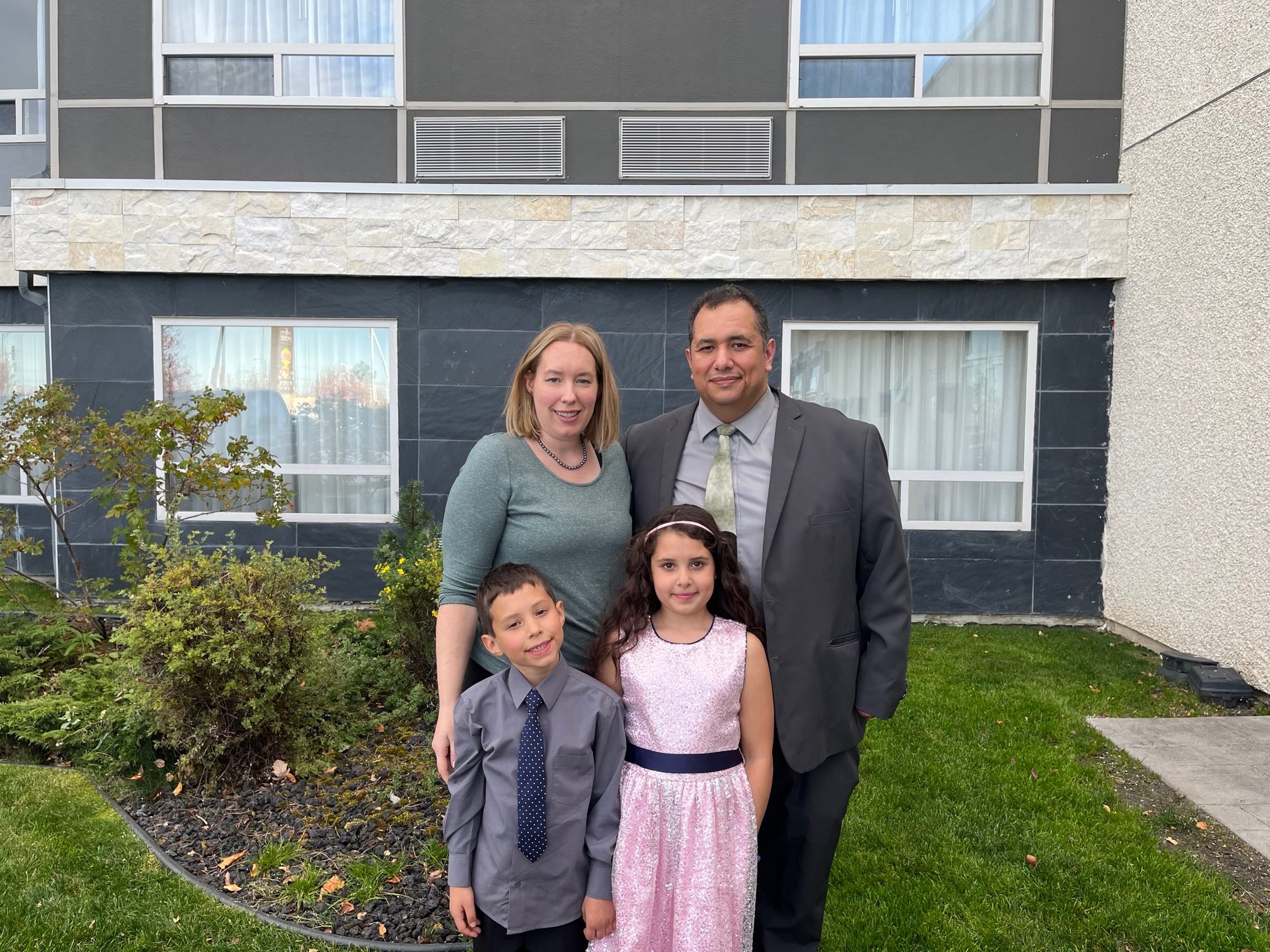 Danica joined our team in 2010 after moving to the area with her then fiancé, Greg. Since that time, they have married and welcomed two beautiful children into the world, a sweet little girl, Natalie, in October 2013, and an adorable little boy, Isaac, in February 2016.

Danica graduated from the Animal Health Technology program at NAIT, in Edmonton in 2007, and worked in the Edmonton area prior to moving to Bonnyville.

Danica loves everything about surgery, has a special interest in anesthesia and dentistry, and has a huge soft spot for cats. She is generally our Primary Treatment Person, and spends much of the day running the treatment area and pharmacy – she’s a busy girl!

Outside of work she loves reading, doing crafts and spending time with her family and friends.

Danica & Greg currently have a cat, Gwen, and a gecko named Mary Jane making up the pet portion of their family. 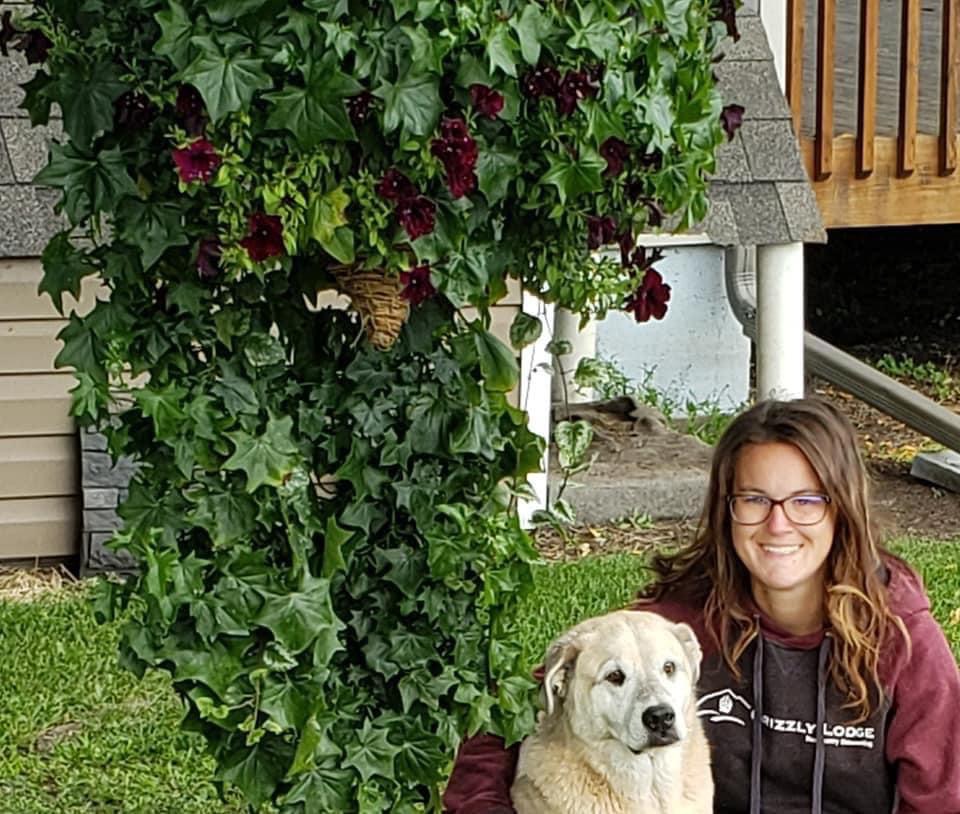 Lisa grew up on a ranch in the Stoney Lake, Alberta area. She spent lots of time helping with the cattle and training performance horses with her dad. Barrel racing is her main hobby and Lisa’s husband Lance introduced her to sledding in the mountains, which she discovered that she also loves!

Lisa graduated from the Animal Health Technology program at Lakeland College in May 2013. She moved to Bonnyville, AB shortly after and joined our team.

Lisa enjoys working with both large and small animals. You will most often see her in the cow barn, out on farm calls, or running back and forth between the barn and the main clinic.  Although she does spend some time in small animal, she is our number one girl in the bovine side of our practice; and most of our farmers will be very familiar with her.

Lisa has 3 dogs, 1 cat and 2 horses. In September 2022 Lance and Lisa welcomed a little girl named Kennedy into the world. 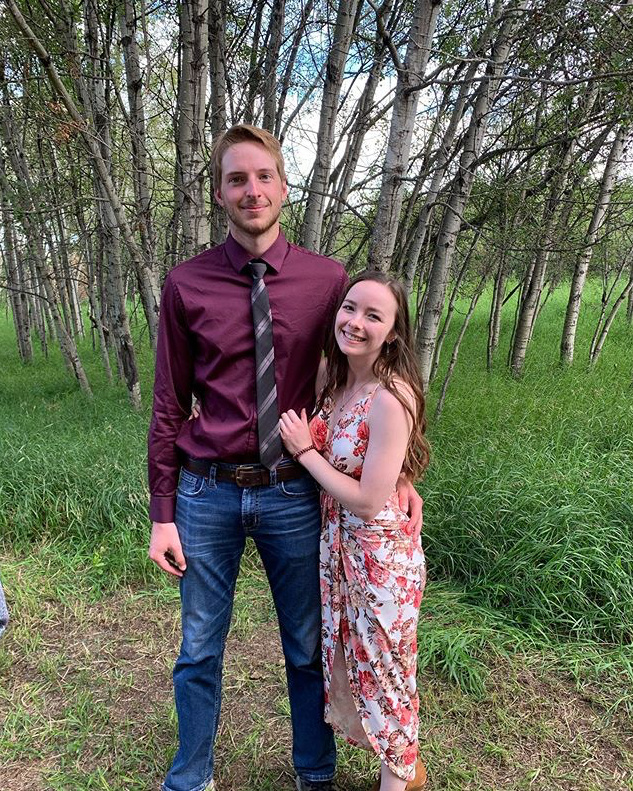 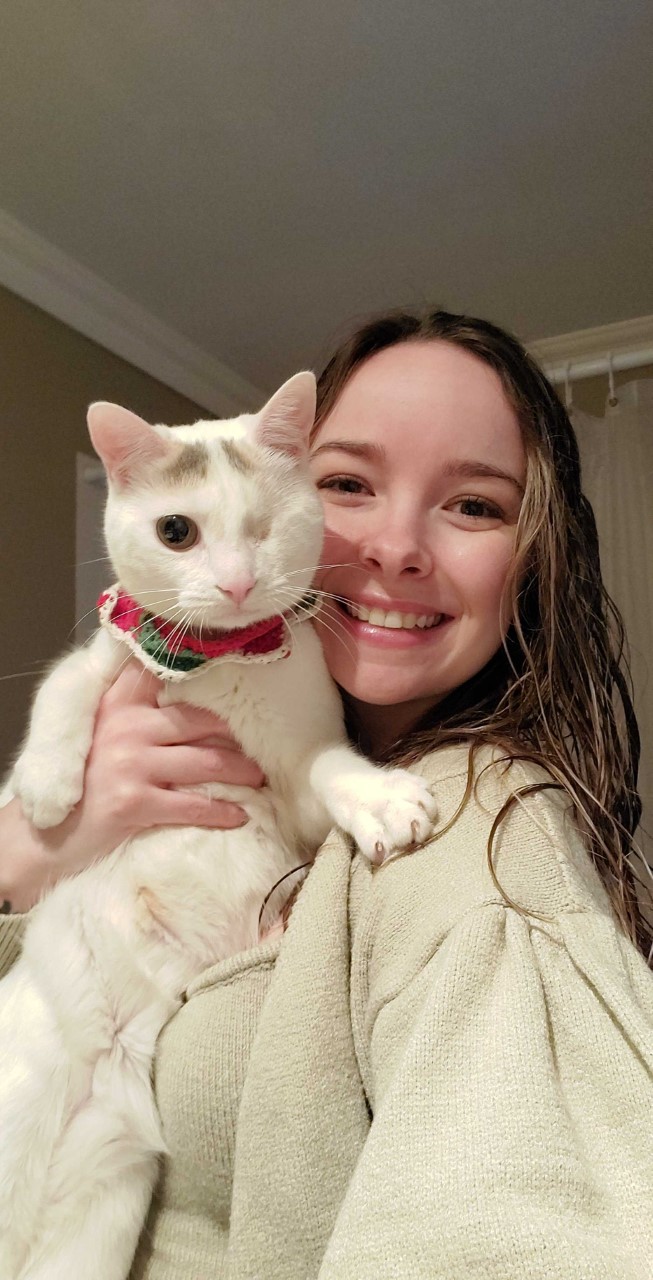 Kelsey joined our team in July 2022. She grew up in the far southeast corner of Saskatchewan, a town called Weyburn. Although she did not grow up on a farm, Kelsey spent a lot of her time playing with the animals at her grandparents farm.

Kelsey graduated from the Animal Health Technology program at Lakeland College in June 2018. After school she worked at a veterinary clinic in Elrose, SK. This is where she found her love for mixed animal practice.

Kelsey lives here with her boyfriend Tyson, and her one eyed cat, Sola. In her spare time she enjoys crafts, board games, outdoor activities (like kayaking and ice skating) and spending time with her loved ones. 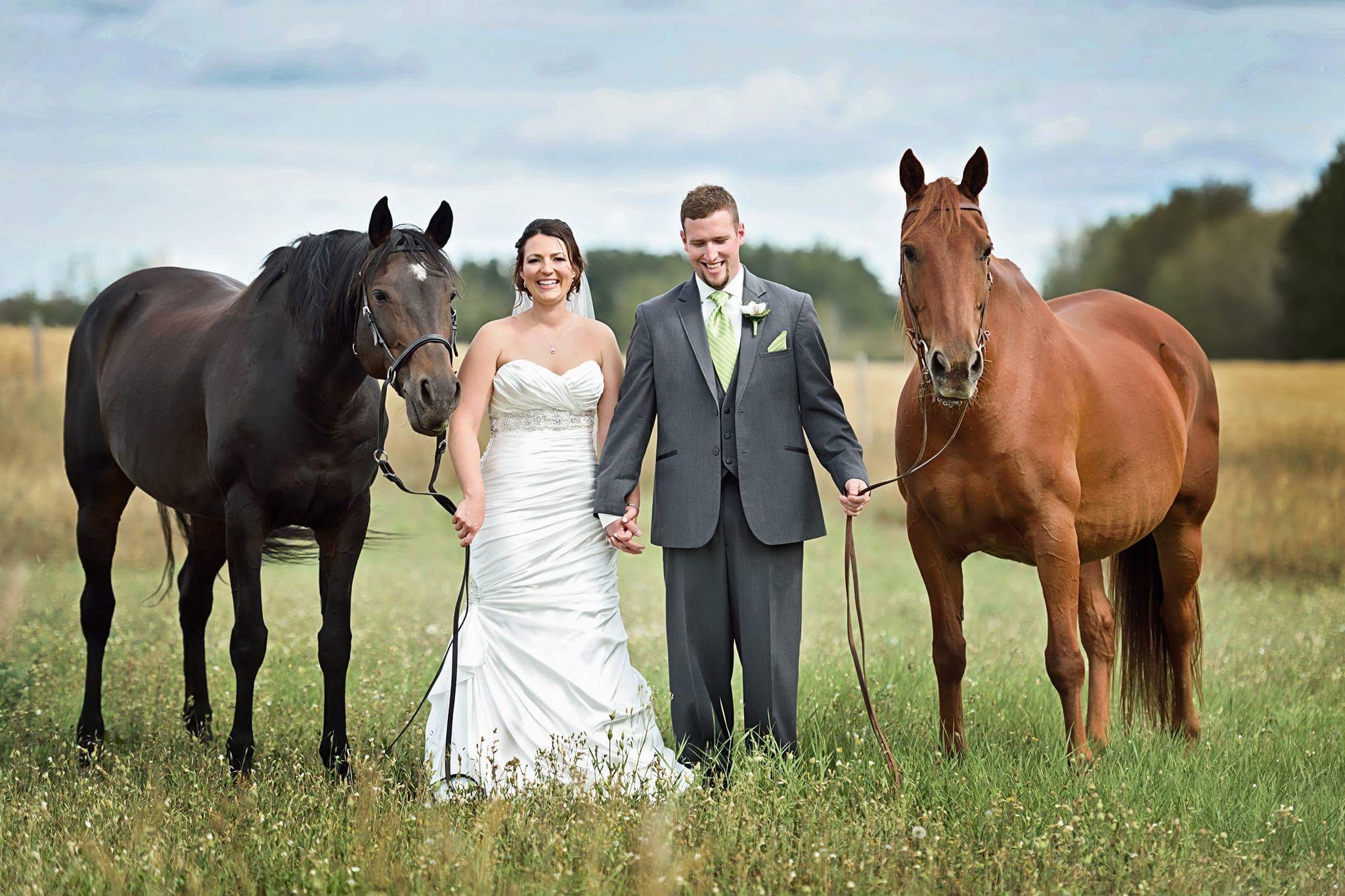 Menette was born and raised on the family dairy farm in Fort Kent, AB. Leaving the Bonnyville area when she was 16, her family moved to Wainwright and then she continued on to Edmonton before making her way back to Bonnyville in 2006.

Menette started working at the clinic with the previous owner Dr. Prybysh in 2006 and continued on with the clinic when Dr. Benoit bought the practice in 2008. She is the most well-known face in the clinic!

In the summer of 2015 Menette purchased her first house/acreage with her boyfriend Mike, and in August of 2016 they got married. Menette has recently returned from maternity leave, as in August of 2018, Mike & Menette welcomed their twin daughters, Peyton and Naomi into their world.  The Sulz family resides on their acreage with their two cats, Mona & Mali, and their two horses, Rusty & Angelina. 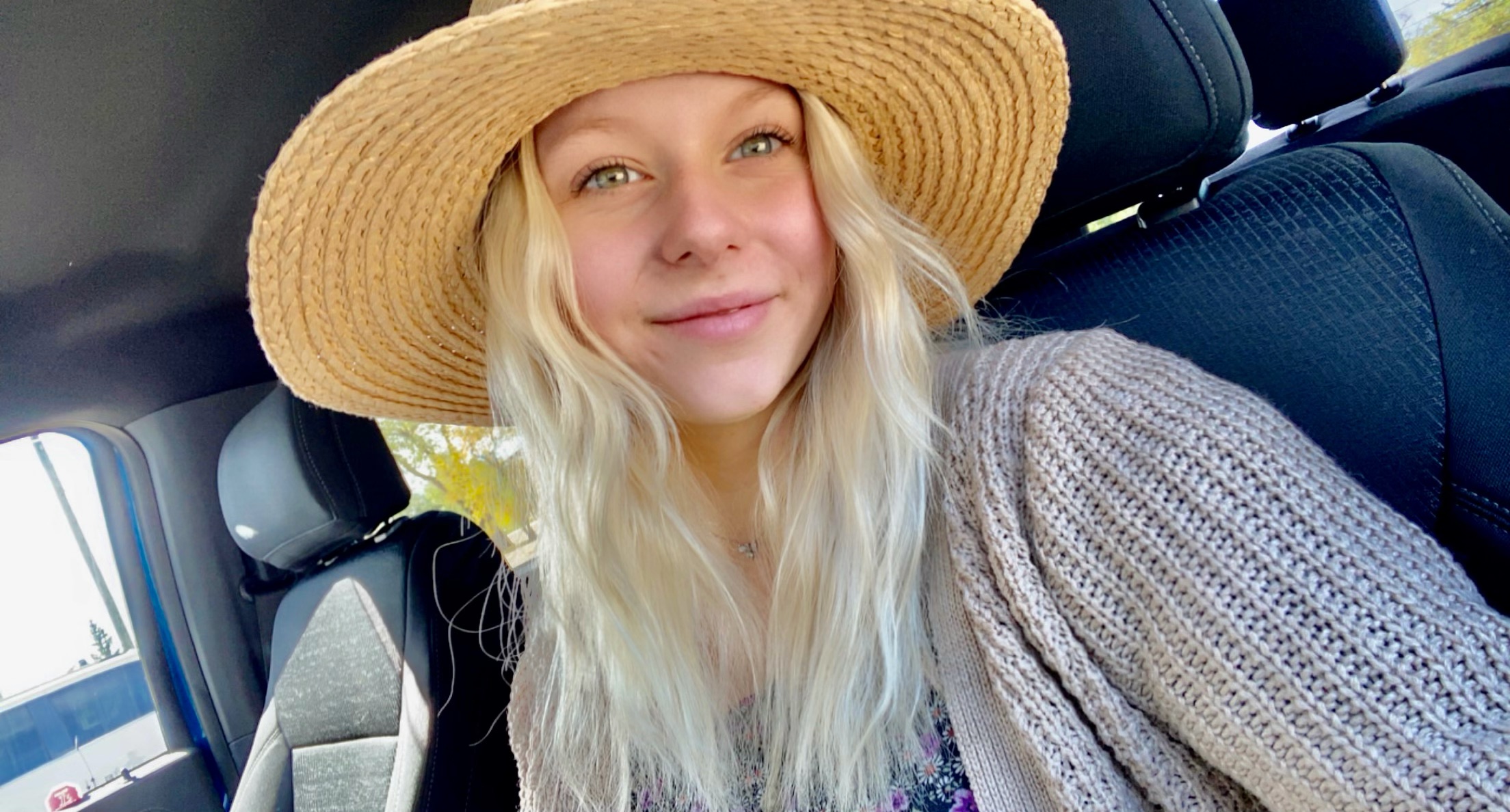 Faith graduated in May 2018 from the Veterinary Medical Assistant program at NAIT, and she did her final practicum with us just prior to graduation.  In July of 2018, she joined our team full-time.